We create to express and some of our expressions need to be seen or heard in any shape or form. Most likely when one makes visually intriguing items and objects exhibitons are bound to happen. Here are some for the Iron Caprure and materilistic line.

Taste the Art at UITERMEER 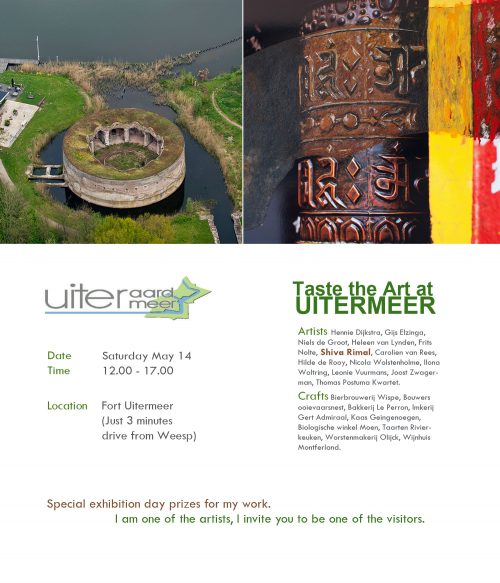 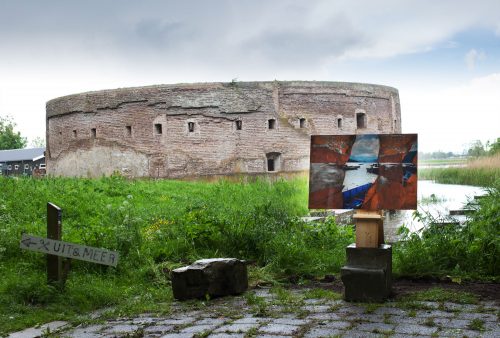 Taste the Art at UITERMEER
Combined exhibition of arts and crafts 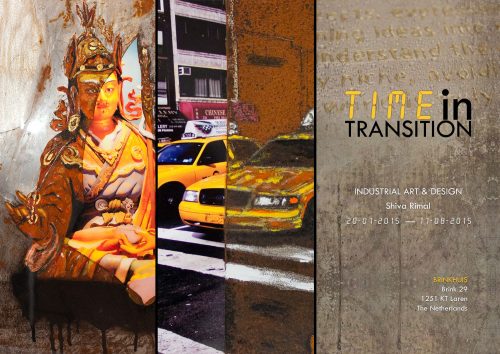 Time in Transition is an overview exhibition with items combining 10 years of experimenting with engraved drawings and texts on rusted industrial steel, photography, car- and spray-paint, charcoal, crayons, clear varnish and minimalistic design; sometimes with a touch of poetry, occasionally with some gold

Fragrances, colors, sounds and textures; shapes, food and other aspects of the world are perceived through more than one sense. Time is one of the things which is not associated with one particular sense. We notice the passing of it through the changing pattern of our thought. And by seeing materials transform we notice time through the perception of other things. This perception is the focus in the rusted art by Shiva Rimal.

Rust, prints, technique, inspiration; everything needs time. Sometimes the transition is a short process, other times it is fluid. If rust isn’t handled well it stays forever in transition, making it a beautiful material to experiment with. The production of the Iron Capture Items and Materialistic Objects was in my transition time in between business projects. Now I find myself in transit for other things. Knowing change is coming, but the invaluable experience gained with my Time in Art-Transition enables me to create new items and objects in the years to come. 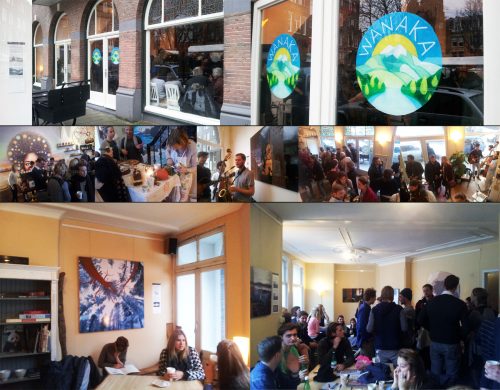 A selection of Climate Oxide was exhibited in the gallery of WANAKA, a new Coffee/Concept Store in the heart of Amsterdam using total sustainability throughout their whole concept. Take a look at their beautiful introduction movie and maybe you see someone familiar… 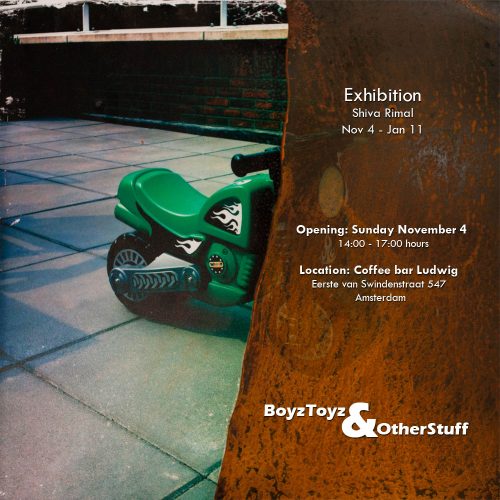 The engraved works show various stages of rust and offer a variety of objects, themes and views. The coffee is delicious, the space is wonderful, what can I say more…..

Dutch/Canadian photographer Robert van Waarden and Dutch/Nepali artist Shiva Rimal combined their professional mediums and artistic talents to focus on the subject of climate change. The result was Climate Oxide; a project using rust, photography and industrial design to interpret the corrosion of environments.

With Climate Oxide, the artists draw upon experiences from their individual backgrounds to provide a personalized perspective of global climate issues. To create the project, they traveled together to Nepal, throughout the Netherlands and used existing images from Canada. The inaugural exhibition was held at the Kunstkerk in Amsterdam, The Netherlands in October 2012.

During the oppening ceremony in Amsterdam ten lucky attendants were invited to participate in a workshop where the technique used for the art pieces would be explained, besides an exercicse would take place.

The Iron Capture Series and Materialistic Line of Shiva Rimal were part of the art route “Route du Nord Light” in Rotterdam. This exhibition event was held on various locations in the middle of Rotterdam’s cozy neighborhood ‘het Oude Noorden’ 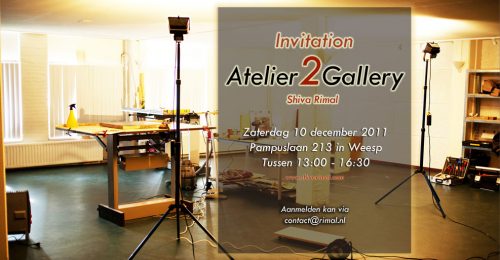 Atelier2Gallery transformed Shiva Rimal’s atelier into a gallery for one day. To celebrate this day each visitor had the chance to win an artwork of Shiva Rimal. The lottery was supervised by Shiva’s good friend and graduation professor David Harry. David Harry is one of the initiators of “Het beste idee van Nederland”, a well known tv contest for design ideas and one of the biggest  innovation platforms of the Netherlands.

Could be a destination, a state of mind, a journey, or an item for traveling. Often it is a place that was later intended to be abstracted to an Iron Capture. The items of this exhibition show unknown fragments of a journey. By abstracting the essence the photographed destinations become familiar and may reveal much more than at the moment the picture was taken. 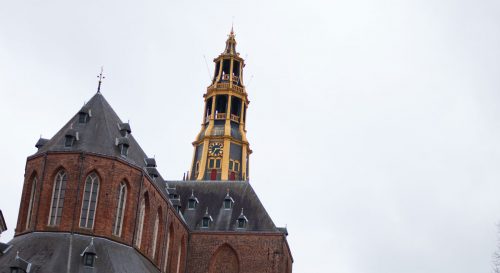 Annually, a large number of whiskey explorers visit Der AA-Kerk in Groningen for the North Netherlands Whisky Festival. At “The most friendly festival in the world” authors, cooks and distillers share their expertise with other festival visitors. This internationally acclaimed event provides an extensive collection of different whiskies by various distilleries. Shiva Rimal’s Iron Capture and Materialistic line were the featured art works during two edition. 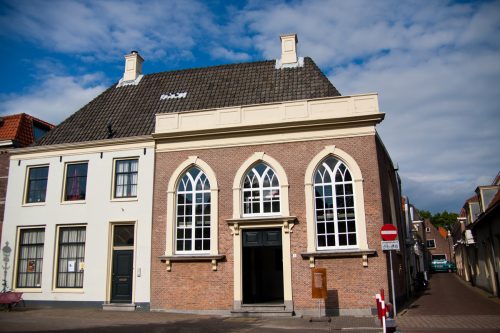 “Issues” gives a unique insight into Rimal’s feelings about his Nepali heritage and western upbringing. Engraved thoughts take you on a lyrical journey expressing emotions and personal views on adoption, pain, hope and life in general. At the same time the photography emphasizes the message by projecting an image that could have been the starting point for the text or the other way around.

“Objects” is an ongoing search to create timeless work portraying products and items that surround our daily life. Glossy photographs are balanced by raw drawings in rust, maybe to demonstrate that objects and life are perishable, or just to enjoy the combination of rust and photography…. 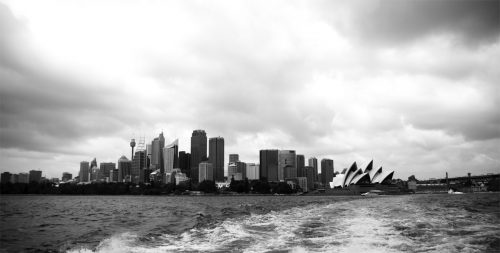 After meeting in The Netherlands, Sean Davey and Shiva Rimal combined their artistic pursuits to produce multi-dimensional installation artworks that incorporate black and white photography with engraved thoughts on industrial steel. Alongside Davey’s fine hand printed photographs, six combined works were presented in different stages of oxidization. The rusted steel produced diverse colours, from polished dark grays to scratched, burnt oranges and browns; the latter reminiscent of a drought stricken, dusty outback landscape. The resulting works are unique and raw. This collaboration between a visual and an industrial artist, whose outlooks on life and art transcend their own chosen mediums, culminated in a thought provoking and visually intriguing exhibition in Canberra Australia.

Shiva Rimal presented the Iron Capture series in a contemporary exhibition in the beautiful city of Weesp. The exhibition was held on 2 locations; Men fashion store ONGERS and frame store NIES FEENSTRA.